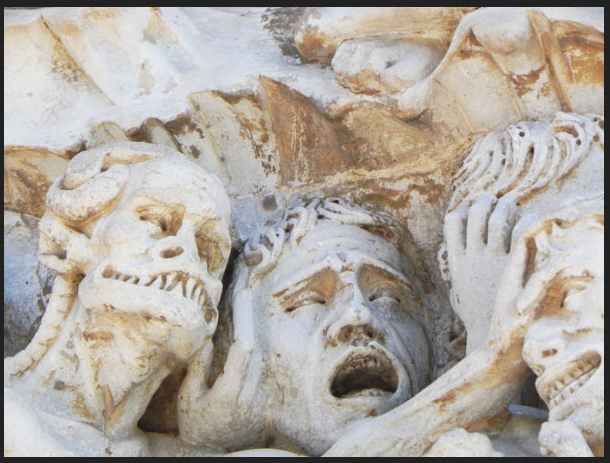 «One missile shook Ukraine’s grain trade. Another might kill it. The strike came just a day before Russia allowed the first vessel since the start of the war to sail from nearby Odesa, under a deal to get Ukraine grain back into global markets and tame raging food price inflation around the world.»

«That deal expires on Nov. 19, and it’s unclear whether Russia’s President Vladimir Putin will renew it. If he doesn’t it could send grain prices soaring again and savage Ukrainian farms. But with the Black Sea ports blocked and the Dnipro lower at Kherson, the place Russian forces occupy each side of the river, Nibulon’s enterprise mannequin has been a significant casualty of the battle»

«Just one missile, hitting one ship in an alleged accident can be sufficient to finish the commerce by making the route uninsurable»

One Missile Shook Ukraine’s Grain Trade. Another Might Kill It

“I kissed my youngsters and drove to Ukraine,” said Vadaturskyy, in his first interview since the July 31 attack that saw him take over within days as Nibulon Ltd.’s owner and chief executive. “I was driving and crying. I did not know I could cry for so long.”

Within hours of the assault, a spokesman for the Ukrainian president’s workplace mentioned the missile’s course left “no doubts” the Vadaturskyys had been targeted, a theme picked up widely in the nation’s media. The strike came just a day before Russia allowed the first vessel since the start of the war to sail from nearby Odesa, under a deal to get Ukraine grain back into global markets and tame raging food price inflation around the world.

That deal expires on Nov. 19, and it’s unclear whether Russia’s President Vladimir Putin will renew it. If he doesn’t it could send grain prices soaring again and savage Ukrainian farms that, according to US estimates, employed 14% of the population and provided $27.8 billion in export revenue in 2021.

There are reasons for Putin to continue with a deal he agreed to only under intense international pressure, but Vadaturskyy, for one, is a skeptic.

Although a forensic investigation is still underway, initial indications are that Oleksiy Vadaturskyy and his wife Raisa were killed by one of the precision guided S-300 anti-aircraft missiles that Russian forces have been firing for months at ground targets in Mykolaiv, their home town at the mouth of the river Bug. According to their son, the couple took shelter in their basement just before dawn. After an initial blast just 50-60 meters along their street; a second missile plunged through the house around 15 minutes later, detonating near where they sat.

“Everyone strongly advised me not to see them,” Vadaturskyy mentioned of his dad and mom our bodies. At the funeral in Mykolaiv, artillery fireplace rumbled within the distance. The metropolis’s docks, the center of Nibulon’s grain transport empire, he discovered as silent as a graveyard. “So many instances I attempted to persuade them to maneuver to the western a part of the nation.”

At 74, the older Vadaturskyy had change into a larger-than-life determine in Mykolaiv and throughout Ukraine. Though a troublesome participant in an typically corrupt trade, he was extensively admired for investing closely within the firm he owned and by no means transferring its headquarters — or his own residence — to extra glamorous, tax pleasant, areas overseas.

In the 2000s the Vadaturskyys turned their carefully held firm into the spine of Ukraine’s agricultural infrastructure, an enormous community of grain silos, elevators, barges and ships able to bringing grain from fields across the nation to the Black Sea and past. Though a big grower in its personal proper, with 75,000 hectares beneath cultivation when the battle broke out, Nibulon was exporting greater than 10 instances its manufacturing. The firm spent $600 million on a brand new 82-vessel fleet, Ukrainian flagged, in-built Mykolaiv and now largely marooned there.

Developing the Dnipro River as a logistics artery for grain diminished farm-to-port transport prices to as little as $3 per ton, based on the corporate’s new sole proprietor and CEO. He and his father had dreamed, he mentioned, of extending their river route north by Belarus and out to the Baltic Sea.

But with the Black Sea ports blocked and the Dnipro lower at Kherson, the place Russian forces occupy each side of the river, Nibulon’s enterprise mannequin has been a significant casualty of the battle. To get grain to Ukraine’s a lot smaller Danube River ports, and from there to Constanta in Romania, now prices $154 per ton.

Oleksiy Vadaturskyy was making an attempt to do one thing about that. The morning earlier than his demise he visited the development web site for a brand new grain terminal he determined to construct at Izmail, on the Danube, in response to Russia’s sea blockade. The objective, says Andriy, was to create a viable logistics route for Ukraine that wasn’t depending on its Black Sea ports.

The terminal opened for enterprise in September and, even when the battle ended tomorrow, would supply a precious insurance coverage coverage in opposition to future Russian actions, says Andriy. He can be now contemplating the best way to switch his river-cum-sea barges to the Danube, to run grain upstream and into the European Union.

A Russian speaker from a city whose huge docks had fashioned the center of the Soviet ship constructing trade earlier than the union’s breakup, Oleksiy Vadaturskyy developed a strained relationship with Moscow over years, as he reoriented his enterprise to Ukraine and Europe.

By 2009, based on Andriy, Nibulon had ended all enterprise dealings with Russia. In 2014, when Russia annexed Crimea and fomented an insurgency within the jap Donbas area, the elder Vadaturskyy took a strongly pro-Ukraine place. In 2018, Russia positioned him beneath sanctions.

“Many individuals right here regarded to him for an instance,” the 49-year-old said of his father, not least because his parents had remained in Mykolaiv throughout regular bombardments, despite having the means to seek safety anywhere in the world.

At $416 million, Nibulon’s direct losses from the war have been significant, whether through the 20,000 hectares of its farmland now under occupation or rendered unusable by the conflict, the grain stores it says were stolen by Russian companies or — accounting for about half the total — Moscow’s blockade of Ukraine’s river and sea traffic.

From a record 5.6 million tons exported in 2021, the company’s volumes were down 88% in the March-August period. Forty percent of Nibulon’s 6,000 prewar staff have still been unable to work, either because they’re fighting at the front, in now-occupied territories, or displaced.

Even so, Vadaturskyy remains optimistic about the company’s future. As he spoke, he was about to present a case for staying the course to some of the 29 banks — from commercial institutions to international financiers like the European Bank for Reconstruction and Development — that have funded some of Nibulon’s $2.3 billion in investment since its creation.

Vadaturskyy doesn’t expect Putin to renew the grain export deal next month, but he also hopes to be proved wrong. The arrangement, brokered by the United Nations and Turkey, allowed Ukraine to raise grain exports from a trickle in March to 2.8 million tons in the first 21 days of October, nearing last year’s 3.1 million ton figure for the same period. Most of that goes by sea, making the traffic essential to the survival of Ukraine’s farmers — and not just Nibulon.

“If the green corridor is closed big and small farms alike will go bankrupt, everyone understands that,” says Viktor Bykov, CEO of Tecom Agro Group Ltd, an agricultural firm that leases 26,000 hectares of farmland in and across the Odesa area.

Bykov included his personal firm, although its location — shut sufficient to the Danube to scale back transport prices, and much sufficient from the frontlines to have misplaced no land to occupation or shelling — places the group in a stronger place than most.

In latest days, Russia’s quantity two on the UN, Dmitry Polyanskiy has advised information shops he was pessimistic concerning the grain deal’s prospects, as a result of although it lifted sanctions on Russia’s personal grain and fertilizer exports, Western consumers have shunned them. He additionally threatened to interrupt off cooperation with the UN, the deal’s dealer, if it proceeds with an investigation into Russia’s use of Iranian drones in Ukraine.

What Is a ‘Dirty Bomb’ and why Is Ukraine apprehensive?

Still, in a battle Putin has pitched to the developing world as a wrestle in opposition to Western domination, he may accept the disruption prompted even with the grain deal in place; ending it would threat turning extra nations in opposition to him, driving international costs for wheat, sunflower oil and different meals staples again to the stratospheric ranges seen in May.

The persevering with backlog could be seen on the primary street north from Odesa, the place a whole lot of grain vans are parked in each instructions, lining the kerb for miles as they anticipate the decision to take their cargoes for loading at one of many space’s three seaports. According to the Joint Coordination Center that manages the deal’s laborious vessel checks, as of Oct. 24 there have been 113 ships registered for inspection, with an extra 60 ready in Turkish waters.

“The grain hall is a political instrument every day,” says Vadaturskyy, speaking at the offices he took over from a defunct travel company in central Kyiv. He says he moved Nibulon’s headquarters and staff from Mykolaiv for the first time since the company was set up, in the interests of safety and the greater efficiency that comes with not having to sleep in bunkers.

“It’s very difficult to rely on it and it’s very difficult to trade forward,” Vadaturskyy says of the grain deal, referring to the necessity agricultural companies should undertaking future demand, to allow them to plant and purchase in provides accordingly. Just one missile, hitting one ship in an alleged accident can be sufficient to finish the commerce by making the route uninsurable, he says.

Only a return to market circumstances can guarantee a real restoration, however even then Nibulon “shouldn’t be going to be the identical as earlier than,” Vadaturskyy says. “It won’t be the same as before my father was killed.”